LOOP control manages valve opening and pump speed to automatically maintain minimum flow at all times a chiller is in operation. 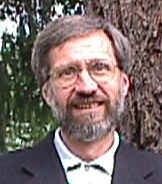 After nearly 25 years of operation, the chiller plant at Bellevue Corporate Plaza, a multi-tenant mid-rise office building in Bellevue, WA needed to be upgraded. The plant employed a phased out refrigerant, and the air cooled centrifugal chillers were near the end of their useful life as demonstrated by the dramatic increase in maintenance and sporadic failures in the last several years. Furthermore, the plant lacked the capacity to meet growing tenant internal heat loads at peak conditions. The configuration of the existing system is shown in Figure 1.

After exploring several replacement options, the building owner, Hallwood Commercial Real Estate, adopted an upgrade approach that employs new "LOOP" demand-based chiller plant operation technologies. The Hartman Company provided the LOOP operation sequences and assisted Hallwood in selecting and pre-purchasing equipment that best suited the new technologies being implemented. A design/build installation contract was then let to remove the existing chiller system and install the new equipment. At startup, The Hartman Company helped in commissioning and implementing LOOP ultra-efficient operating control sequences to bring the new system on line. The LOOP sequences were installed in the building's existing DDC system. A diagram of the upgraded system is shown in Figure 2.

The new system provides additional capacity with a reduced design chilled water temperature so that the existing cooling coils can be used. On a budget of approximately $500,000, the pre-purchase/design build process with technical support reduced construction costs about 20% below the best of the conventional replacement proposals that had been received.